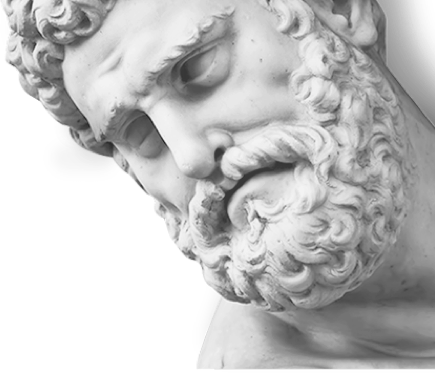 ENERGOGARANT has more than 29 years of experience in the Russian insurance market.
The Company is headquartered in Moscow and has over 250 points of presence across Russia. ENERGOGARANT’s over 2,000 employees work in close partnership with the Company’s customers, locally, regionally and globally.

The Company opens its first offices in Rostov-on-Don, Vladimir, and St. Petersburg.

The Company is building a regional network. This consists of over 60 branch offices located in Russia’s key regions. The Company successfully insures electric power enterprises and provides health coverage to employees of these businesses.

The Company serves over 70% of the electricity insurance market. It is actively implementing property plant and machinery insurance programs for enterprises of electric power industry and expanding its business into new markets by leveraging its experience in corporate insurance.

Without disrupting its financial stability, the Company makes large payouts, including a hurricane-caused damage to Mosenergo buildings and facilities, and a Kosmicheskaya Svyaz satellite breakdown.

The Company is continuing to develop voluntary health insurance and launches a specialized branch, Health and Life.

The Company’s Board adopts a new concept of development which sets out the transition to a universal insurance carrier, and is able to greatly increase its business in other, not associated with electricity, industries.
In 2002, ENERGOGARANT is named the “Company of the Year”.

ENERGOGARANT is growing into a group of businesses that includes five insurance providers (including those specializing in particular insurance lines), an insurance broker, a non-public pension fund and a finance company, which enables the Company to appreciably expand the range of its financial services. Russian rating agency Expert RA ranks the Company as one of the top ‘A+’ players in the insurance market.

ENERGOGARANT's subsidiary “Medical and social insurance company ENERGOGARANT” launches a new line of business, compulsory health insurance. The regional network of the Company is expanded to 124 branches and representative offices in 78 territorial subjects of Russia.

ENERGOGARANT undertakes a rebranding. The key idea behind the new brand is the ENERGY of a common cause. Proactive managers, lucrative offers for customers, partnership, customized approach, financial independence, success, and freedom – all these are named the key values of ENERGOGARANT’s new brand.

The Company weathers the global economic slump and strengthens its market position. In summer 2009, ENERGOGARANT increases its authorized capital from 850 to 1,105 mln. rubles. The Russian rating agency Expert RA upgrades Company’s credit rating to an extremely high (the highest) ‘A++’.
In 2010, Standard&Poor’s International Rating Agency gives the Company a national scale rating of ‘ruAA-’ and a global scale rating of ‘BB-’ with a Stable outlook.

Over 50 new representative offices are opened in different regions of the country. The authorized capital is increased to 2,040 mln. rubles. ENERGOGARANT is one of the leading insurance providers in Russia which is confirmed by the highest reliability ratings. National Rating Agency upgrades the reliability rating of the Company to a maximum reliable rating, a sign of stability and high efficiency of the strategy implemented by the Company.

In autumn 2012, ENERGOGARANT is honored with yet another ‘Company of the Year’ Award, this time in the category ‘Reputation and Trust’.
In 2015, Central Bank of Russia designates ENERGOGARANT as a systemically important insurance company.

The Company has a highly diversified customer base which includes the largest power, oil refinery, metallurgical, machine building, construction, telecommunication, industrial, transportation and leasing companies, financial and medical institutions, and hundreds of thousands of retail customers.